It is no doubt that fundamental rights have been recognized and entrenched in our Constitution and these rights have been commonly called different names at different times in history such as divine rights, natural rights, human rights, moral rights, constitutional rights and so forth. The Universal Declaration of Human Right (UDHR) 1948 also states the rights and freedom that belong to all of us. The African Charter on Human and Peoples’ which was adopted on the 27th of June, 1981 state thus; 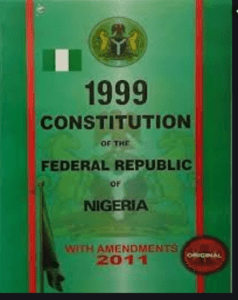 ‘’Every individual shall be entitled to the enjoyment of the rights and freedoms recognized and guaranteed in the present Charter without distinction of an y kind such as race, ethnic group, colour, sex, language, religion, political or any other opinion, national and social origin, fortune, birth or any status’’.

As a citizen, it is important to understand your fundamental rights as enshrined in Chapter IV of the 1999 Constitution of the Federal Republic of Nigeria, in Hassan v. E.F.C.C (2014) 1 NWLR {Pt. 1389} page 607 at 610 Ratio1, the Court of Appeal define Fundamental Rights as;

‘’a right which stand above the ordinary laws of the land and which are in fact antecedent to the political society itself and it is a primary condition to civilized existence.’’

These Fundamental Human Rights pertain to life; dignity of human person; personal liberty; fair hearing; private and family life; freedom of thought; conscience and religion; freedom of expression and of the press; peaceful assembly and freedom of association; freedom of movement; freedom from discrimination; and freedom to acquire and own immovable property anywhere in  Nigeria. 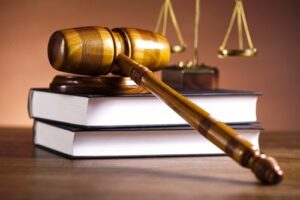 Furthermore, section 35(6) provides that any person who is unlawfully arrested or detained shall be entitled to compensation and public apology from the appropriate authority or person. 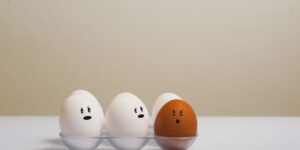 VIOLATION OF FUNDAMENTAL RIGHTS IN NIGERIA

In Nigeria, human right violations are recorded daily and virtually in all human endeavors. Unlawful violation can be of Civil, Political and Moral Rights which can be  through intimidation, undemocratic imposition of individual for political offices, the violation of civil, political and moral rights may include; 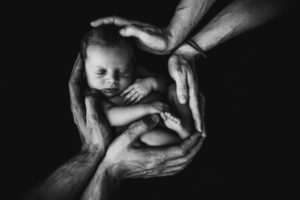 The fundamental nature of right to fair hearing and its inextricability from the personality of every human being must be respected in all civil societies.

APPLICATION TO THE ENFORCEMENT OF FUNDAMENTAL RIGHTS

Human rights that are enforceable in law are those which are recognized by law as fundamental rights, as distinguished from mere aspirations or individuals’ ideas of rights. These fundamental rights are now embodied in chapter IV of the Nigerian Constitution of 1999 from section 33 to 46. In Nigeria, the process of enforcement may be classified as conventional and unconventional, or orthodox and unorthodox means. ‘’Orthodox’’ in this regard, refers to the procedures provided by law, which are regularly adopted in seeking relief against an alleged infringement of right. These include the invocation of judicial powers and the recourse to police enforcement.

In an application for the enforcement of fundamental rights, the applicant may include the following;

Notwithstanding the above, the law is remarkably settled that action for the enforcement of fundamental rights, cannot be jointly maintained. They are very personal in nature. In Nwachukwu v. Nwachukwu (2018) 17 NWLR [Pt. 1648] page 357 at Ratio 1, the Supreme Court of Nigeria stated thus;

‘’before fundamental human rights can be enforced, it must be the main/substantive claim before the court and not on ancillary claim.’’

Corporate Entities have the right to sue and be sued in their corporate name. This right to sue does not exclude Fundamental rights action. A company in Nigeria is a proper party in an action for Enforcement of Fundamental rights. Just like natural persons, a company may commence an action for enforcement of fundamental right by using any originating process which is accepted by that court. The application shall, subject to the Rules, lie without leave of the court. Such originating process shall be supported by a statement setting out the name and description of the applicant and the relief sought and the grounds upon which the relief is sought. An affidavit setting out the facts upon which the application is made and a written address.

CHALLENGES TO ENFORCEMENT OF FUNDAMENTAL HUMAN RIGHTS IN NIGERIA.

One of the challenges individuals seeking redress for their rights been infringed upon is that the judicial system is often slow and stringent with their procedures and also grant series of adjournment. The Court is the last hope of the common man, however an individual who hopes to seek timely redress on the infringement of his rights might not get justice due to the delay and his rights might be further infringed upon.

The issue of principal claim or ancillary relief by litigant is another challenge in the enforcement of fundamental human rights. The courts have in some decided cases on human rights increased restriction on the scope of the applications for the enforcement of Human Rights cases. Indeed, applications alleging serious human rights violation are routinely struck out or dismissed on the ground that they were mere ancillary reliefs. In many cases of infringement of fundamental rights, people resort to self-help and more often than not, the perpetuators of fundamental right abuses go unpunished. The fact that there appears to be an increase in crime rate in Nigeria is itself another challenge to the enforcement of Fundamental Rights. The rights of freedom of movement, right to own property, right to personal liberty are all being violated. One is not sure who will be the next to be kidnapped either by ritualist or kidnappers for ransom. 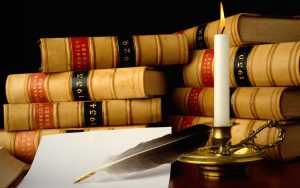 Human rights are inalienable rights that accrue to every citizen of a country and one that deserves the maximum protection possible and unhindered protection from infringement. This is so because human beings are said to be naturally brutish and selfish and yet cannot exhibit these conducts in democratic society.

Above all, the citizens should not only help the government to protect their rights but they should also live responsibly to protect the rights of others at all levels of human relationship ranging from the family to the global arena. Hence, citizens should be more patriotic, have respect for the law, assist the law enforcement agencies and co-operate with international organizations on human rights issues.

The Nigerian government should take more proactive campaign against corruption and strengthen the country’s anti – corruption institutions. This is because corruption serves to promote criminal and extremist activity by creating barriers to legitimate socio – political and economic endeavours. By attacking corruption, Nigeria will send a clear signal that the country is indeed committed to good governance, to the security of its citizens and to its rightful place as a significant actor on the global stage.