The Finance Act 2020 was signed into law by President Muhammadu Buhari on the 13th January 2020 as a review of tax laws to make them more responsive to reforms.

It must be stated that there is in existence an Act known as the Finance (Control and Management) Act which provides for the control and management of the public finances of the Federation. The Finance Act, on the other hand, serves as a review of tax laws in Nigeria. In this light, both Acts are distinct and unrelated. Thus, the Finance Act does not stand as a repeal to the former and one Act does not supersede the other.

The Finance Act is a reformative law aimed at the tax sector. It deletes, amends and adds to the provisions of existing tax laws. The following are the laws amended by the Finance Act:

OBJECTIVES OF THE NEW ACT

This article seeks to highlight some of the key reforms in existing tax laws with a focus on Companies Income Tax, Value Added Tax and Stamp Duties. 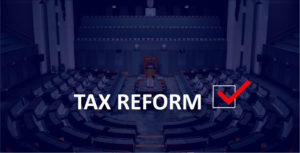 The Companies Income tax is a prominent part of tax administration in Nigeria. The Finance Bill has made an attempt to align the company tax rate with global best practices by creating an equitable balance between small, medium and large revenue earners. The following are some of the changes made to the Company Income Tax Act.

It is pertinent to state that small companies are now exempted from company income tax for the first five years of operation.  See Section 3(1)(o) of the Companies Income Tax Act.

Under the newly enacted Finance Act, every company is expected to have a tax identification number (TIN) which must be displayed on all business transactions, and official correspondences.

The Act further provides that banks must require all companies to provide their TIN as a prerequisite for account opening. While companies who have opened their accounts before now must provide their banks with the TIN within 3months after the passage of the Act. Section 10 of the Finance Act.

The Act amends section 33 of the Companies Income Tax Act to the effect that when a company makes a loss, the minimum tax to be paid is 0.5% of gross turnover.

The Act further exempts small companies (with less than 25million turnover) from paying minimum tax. Section 14 of the Finance Act.

The Act introduces a 2% and 1% bonus for medium and large companies respectively when they remit their income tax 90days before the due date. Section 18(c) of the Finance Act.

The Excess Dividend rule is to the effect that where a company’s dividend exceeds the taxable profit for the year, then the dividend will be taxed at 30%. The Finance Act seeks to remedy instances where such dividends have been pooled from previous year’s profit (which must have been taxed) from tax-exempt profits, thereby, resulting in double taxation.

Thus, the Finance Act expressly provides in Section 7 that the Excess Dividend Policy will no longer apply to:

The Act has also reformed some aspects of the Value Added Tax Act. The key focus of the amendment is to increase government revenue through a tax levied on good and services. An overall insight into the amendment of the Act are:

Also present in the Act, is the definition of “basic food items” for the purpose of tax exemption, as agro and aqua-based staple foods which include items such as bread, cereals, cooking oil, milk, vegetables and water (excluding sparkling or flavoured). See also, Section 46 of the Finance Act.

The penalty for late filings of VAT returns in the Finance Act is 10% of the tax not remitted and interest is to be charged on the default sum at the prevailing Central Bank of Nigeria rate. Section 43 of the Finance Act.

The implication of this is that documents would be levied stamp duties in their electronic form. Section 54.

Section 54(3) provides that electronic transfers of funds of amounts of N10,000.00 or more attracts stamp duty of N50.

This means that transfers below N10,000.00 and transfers into an individual’s own account or transfers between accounts in the same bank are exempt from stamp duties.

PERCEIVED BENEFITS OF THE ACT

PERCEIVED CHALLENGES IN THE ACT