On 31st January 2019, the new Civil Procedure Rules – THE HIGH COURT OF LAGOS STATE {CIVIL PROCEDURE} RULES, 2019, as one of the successful achievements of the former Chief Judge of Lagos State, Hon. Justice Opeyemi Oke, as he then was, came into force repealing The old Rules of 2012. With it came innovations part of which deals with the new filing rules which are the trust of this article. Compliance to the rules has now become more mandatory than ever before. The new Rules is accompanied by two Practice Directions, namely “Expeditious Disposal of Civil Cases: Practice Direction No 1 of 2019-Backlog Elimination Program (PD 1) and “Expeditious Disposal of Civil Cases: Practice Direction No 2 of 2019 -Pre-Action Protocol (PD 2)

Some of the principal changes/amendments introduced in the new rules are:

Form and Commencement of Action:

A person instituting an action (Claimant) must include the Pre-action protocol form 01 with other supporting documents. The supporting documents are called Pre-Action Protocol Bundle; {Order 5 Rules 2 {e}. Also, express provisions are made regarding this in the accompanying Practice Direction on Pre-Action Protocol.  There was no provision with regards to this in the old rules.

A judge is now empowered to grant an application for an order of substituted service through emails. (Order 9 rule 5(1)). This improvement in the new rules was not provided for in the Old Rules.

A legal practitioner appearing for a Defendant is now required to provide a telephone number and email address in the Memorandum of Appearance. (Order 11 rule 2(2) & (3).) Furthermore, the penalty for late appearance has been increased from ₦200 (Two Hundred Naira) to ₦ 1000 (One Thousand Naira) for each day of default. (Order 11 rule (5)).

When a Party is given Notice to Produce a set of documents that are not necessary, the party making such requests may be made to pay a sum of not less than ₦10,000 (Ten Thousand Naira). (Order 21 rule 5) This is an increment from ₦5,000 (Five Thousand Naira) provided for in the old rules.

Amendment of Originating Process and Pleadings:

The penalty for not amending any filed process or document within the specified time, or in the absence of a specified time), within seven(7) days after an order to amend has been made, has been increased from ₦200.00 (Two Hundred Naira) to ₦1000.00 (One Thousand Naira) for each day of default. (Order 26 rule 4)

The new rules require any application for ADR proceedings to be commenced by Originating Motion while the old rules only provided for Motion on Notice. (Order 28 rule 3(1)) Also, the period within which an application can be made to set aside or remit any award has been extended from six (6) weeks to three (3) months after such award has been made and published to the parties. (Order 28 rule 4(2)).

The liability of a legal practitioner who neglects without reasonable excuse to give notice to his client upon receipt of order for interrogatories, or discovery or inspection has been changed from attachment to committal. (Order 29 rule 10)

The period within which issues of facts in dispute are to be filed after closing of pleadings has been extended from seven 7 days to 14 days. (Order 30 rule 1(1))

The time within which an application can be made for relisting of a matter that was struck out or set aside has been extended from six 6 days to 7 days after the Order or Judgment, or other extended period the judge may allow.

The liability for a party who defaults in completing an act within the prescribed timeline has been increased from a daily default fee of ₦200 (Two Hundred Naira) to ₦1000.00 (One Thousand Naira) for each day the default continues. (Order 48 rule 4). 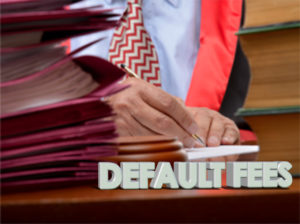 The time within which a defendant is required to file a response under Fast Track Procedure has been reduced from forty-two (42) days to thirty (30) days. (Order 59 rule 5(1)).

A Respondent who disputes the reliefs sought in Revenue matters must file an Answer within fourteen (14) days of the service of the Petition as opposed to twenty-one (21) days in the old rules. (Order 60 rule 7(1)). A Petitioner who intends to respond to a Respondent’s Answer must file a further affidavit and written reply within three (3) days as opposed to seven (7) days in the old rules. (Order 60 rule 8). However, the period for hearing petitions after the expiration of the time limited for filing and service has been increased from seven (7) to fourteen (14) days. (Order 60 rule 9(1)).

Conflicts that arise in the course of hearing such matters must now be resolved by recourse to the provisions of the relevant tax laws. In the old rules, the Court may either decide the matter upon the Affidavits or may direct that the matter be decided by oral evidence in court.

Grant of Probate or Letters of Administration without Will:

A person applying for a grant of probate and letters of administration without WILL may require only one surety where the entire estate is not worth more than ₦1,000,000 (One Million Naira). (Order 63 rule 3(2)). Under the old rules, the estate value for one surety was ₦250,000 (Two Hundred and Fifty Thousand Naira). Under the new rules, where a guarantee is required, it shall be given by two sureties, except where the gross value of the estate does not exceed ₦1,000,000 (One Million Naira. (Order 63 rule 4(5)(a).

PRE-ACTION PROTOCOL FORM O1 (Order 5 Rules 2{e} and 5 {3}{e}). Any party who intends to commence any proceeding vide a writ of summons or originating summons must file along with it Pre-Action Protocol Form 01 with accompanying processes which also can be referred to as Action Protocol Bundle, which consists of:

Note: If no response from the other party, An Affidavit for Non-Participation in Settlement will replace the Affidavit of Fact 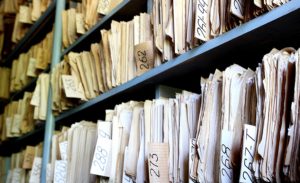 Furthermore, a party filing an Originating Summons must accompany it with:

PD 1 applies to civil proceedings instituted by claim (including counterclaim, and renewal of claim) in the High Court Registry, and such other proceedings as the Chief Judge may direct. (It does not apply to proceedings on a separate list – e.g. the fast track list)

Cases filed over 5 years ago and are yet to be decided or settled are qualified to be handled as backlog cases under the backlog elimination program. The backlog cases are to be struck out, withdrawn, settled or decided expeditiously.

PD 1 gives the parties to backlog cases the opportunity to opt for a trial based solely on documentary evidence.

In the event that the parties to backlog cases are unable to reach a resolution through alternative disputes resolution mechanisms, the parties are expected to draw up a detailed trial plan.

PD 1 features a simplified flow chart which illustrates the general flow of the procedure under the practice directions. This is a user-friendly feature that aims to make the system easy to understand by non-lawyers.

Time for delivery of judgment (60 days):

Judgment in a backlog case is to be delivered within 60 days of the adoption of final addresses by both parties. It is notable that this period is shorter than the 90-day period prescribed by the 1999 Constitution of the Federal Republic of Nigeria as amended.

PD 1 stipulates strict timelines, which if not complied with will attract stiff sanctions and penalties. For example, where a case is struck out for non-compliance with the return date attached to the CMC notice or for failure to comply with the procedural timeline or for failure to appear on any court dates under the backlog hearings, the party applying for restoration of proceedings shall pay costs not less than ₦100,000.

Settlement of Disputes through ADR:

Mandatory provisions to make parties resolve their dispute through ADR, and only considering litigation as the last resort. Upon proceeding to litigation, each party’s l lawyer is expected to deliver a statement on oath stating reasons for his/her insistence on litigation rather than settlement.

Extensive provisions have been made on the application of the pre-action protocol to some specific actions such as on Defamation, Mortgages, Land Matters, Recovery of Debts, and Recovery of Premises.

Failure of Compliance with the Protocol:

Some of the penalties include a daily default fee of N1000 which shall accrue as costs in favour of the counter-party. There is also a minimum cost of N100, 000 for every person who unreasonably refuses to comply but insists on going to trial. The PD 1 mandates parties to make efforts to resolve the dispute through all the means of the Alternative Dispute Resolution (ADR) and only considering litigation as the last resort. This is to reduce the truck-load of matters that are usually filed at the court and to prevent the filing of frivolous actions.

Its importance to the delivery of justice is the hope that the new rules will produce the desired result and that if necessary and when the circumstances require, it is further amended to address any pending issue.

We sincerely believe that the Civil Procedure Rules 2019 of the Lagos High Court is a welcome development and if adequately complied with, will surely expedite the justice system in Lagos State. However, it is our belief that the Lagos State Judiciary can subsequently improve in other to match International Standard. Here are our few suggestions that we have in achieving this: