Loans are generally secured or collateralized by assets which include floating and fixed assets, shares of the company, cash in bank, and in some cases personal guarantee of individuals. In several circumstances, the borrower might not have enough assets or any collateral for the loan. It is on such occasions that such the borrower is compelled to bring in a third party who can stand or use his assets to secure the loan facility. Such persons are referred to as “Third Party Guarantor”. The contract binding the borrower, the lender and the guarantor is generally called “Contract of Guarantee” or “Unconditional Personal Guarantee and Indemnity”

This article expounds on the responsibilities of a guarantor, the risks involved and how to protect guarantors’ rights and interests in loan transactions.

A proper definition of Guarantee is an undertaking to answer for the payment or performance of another person’s debt or obligation, in the event of default by the person primarily responsible for it. This definition of guarantee has gotten a judicial backing as elucidated in the case of Chanmi v. U.B.A Plc {2010}  6 NWLR {Pt. 1191} 474 at 478 Ratio 1, where the Supreme Court of Nigeria defined a guarantee thus:

“Guarantee has been defined as a written undertaking made by one person to another to be responsible to the other if a third person fails to perform a certain duty, e.g. payment of debt…”

Black’s Law Dictionary 7th Edition at page 711 defined Guarantee as “an assurance that a contract or legal act will be duly carried out.”

According to the Black’s Law Dictionary 7th Edition page 711, a guarantor is defined as “one who gives security for a debt.”

A guarantor’s liability does not begin until the principal debtor is in default. Furthermore, a guarantor is a term used to describe an individual who promises to pay a borrower’s debt in the event that the borrower defaults on his loan obligation by pledging his assets as collateral against the loan.

A contract of guarantee creates some rights and liabilities between the lender and the guarantor. It is often created in several ways which are all recognised under our laws. A guarantee may arise by any of the following means:

GUARANTORS LIABILITY TO THE CREDITOR

1. Crystallization of Liability upon Borrower’s Default:

The guarantor to a facility automatically becomes liable to the creditor upon the default by the borrower, and it is well established that failure of the borrower to liquidate the facility as agreed crystallizes the right of the creditor against the third person guarantor. In the case of C.B.N v Interstella Comm. Ltd. {2018} 7 NWLR {Pt.1618} Page 294 at 308, the Supreme Court of Nigeria held that; 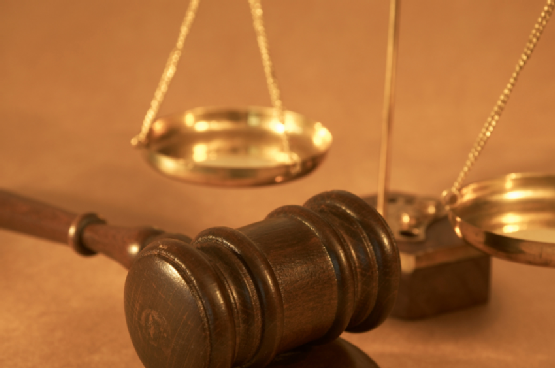 Furthermore, the liability of the guarantor crystallizes the moment a default occurs on the part of the borrower as seen in the Supreme Court decision in Fortune International Bank Plc v. Pegasus Trading Office (GMBH) &2 Ors (2004) 4 NWLR (Pt. 863) page 369 at 389 Para D-E thus:

“The fact that the obligation of a guarantor arises only when the principal has defaulted in his obligations to the creditor does not mean that the creditor has to demand payment from the principal or from the surety or give notice to the surety. Nor does he have to commence proceedings against the principal, whether civil or criminal unless there is an express term in the contract requiring him to do so.”

2. Guarantee Creates A Separate Contract Between The Guarantor And The Creditor:

Upon the execution of a contract of guarantee, there exists a separate contract between the creditor and the guarantor, which can be enforced by the creditor when there is a breach without recourse to the borrower, who is the principal debtor. Thus this is as expressed emphatically in the case of UBA Plc v Chami (supra) Page 479 Ratio 2 where the Court held as follows;

“Where a person personally guarantees the liability of a third party by entering into a contract of guarantee or suretyship, a distinct and separate contract from the principal debtor’s is thereby created between the guarantor and the creditor.”

3. Guarantor’s Direct Liability To A Creditor:

It is appropriate for every guarantor to take certain steps so as to protect himself to reduce the risk of standing as a guarantor. As earlier discussed, there are a number of risks associated with the role of a guarantor, it is only proper that we have a second look and consider the factors to look out for before a person can accept being a guarantor to a prospective borrower, these factors are listed below:

WAYS A GUARANTOR CAN SHIELD HIMSELF FROM UNNECESSARY LIABILITIES.

PROTECTION OF A GUARANTOR

The obligation of becoming a guarantor simply implies that he will be liable for the repayment of the loan in event of default by the debtor to liquidate his indebtedness. In most cases, the guarantor suffers a great deal. In order to avoid this, the guarantor must take steps to prevent or protect himself even when he has consented to a guarantee contract.

The following are ways a guarantor can ensure the protection of his interest in a loan transaction;

TERMINATION OF A GUARANTEE

There are instances where a guarantor may choose to exercise his right to terminate the contract of guarantee. This calls for concern when fraud is detected, misappropriated or for other personal reasons.

Conclusively, being a guarantor should not be taken as a mere formality because it is a commitment that he is liable to the creditor, upon failure of the debtor to perform his obligation. The guarantor should be willing to perform his obligation, as the failure to do so could amount to the creditor taking up recovery actions against him. In such an event, a guarantor who has taken all precautionary steps as suggested in this article can invoke any of the options stated above to seek redress against the debtor and discharge his liabilities. Finally, a person should never stand as a guarantor to an entity, company or persons not well known, because it is as dangerous as the entire loan itself.