Globally, there has been a drastic expansion in the scope of employer-employee relations which has birthed new employment models; one of which is the Triangular Employment model. This model is rapidly becoming the preferred option amongst corporate organizations which, very likely, is due to the fact that it saves organizations from dealing directly with employee issues/grievances and focusing on and channelling their energy towards growing their business.

THE NATURE OF TRIANGULAR EMPLOYMENT

Triangular employment, as the name implies, involves three parties: the original employer (i.e. the outsourcing organization), the contracting agency and the employee. The concept of triangular employment is hinged primarily on the principle of “secondment”. In a typical secondment arrangement, an employee would be assigned to another organization by his/her original employer, either temporarily or permanently. Plainly put, in this mode of employment, the user of an employee’s services is not the primary employer.

Thus, this mode of employment effectively ensures the provision of labour/staff without the attendant responsibility and/or liability associated with employment relationships.

The triangular model of employment is most advantageous to the outsourcing organization and the contracting agency for the following reasons, to wit;

LEGAL FRAMEWORK FOR EMPLOYMENT IN NIGERIA

The primary legislation that regulates the employment of persons in Nigeria is the Labour Act, Cap. L1, Laws of the Federation of Nigeria, 2004. However, there are numerous other additional legislation that regulate employment/labour in Nigeria, some of which are the following: Employee Compensation Act, 2010, Personal Income Tax Act, Pension Reform Act, Industrial Training Fund Act (Chapter I9 LFN 2004, as amended), the National Health Insurance Scheme Act (Chapter N42 LFN 2004) and the Trade Unions Act (Chapter T14 LFN 2004, as amended).

It is needful to state that the National Industrial Court is the only court clothed with the jurisdiction to hear and determine cases that border on labour or employment disputes. This is provided for by Section 254C (1)(a) of the Constitution of the Federal Republic of Nigeria (1999) (Third Alteration) Act thus:

“Notwithstanding the provisions of sections 251, 257, 272 and anything contained in this Constitution and in addition to such other jurisdiction as may be conferred upon it by an Act of the National Assembly, the National Industrial Court shall have and exercise jurisdiction to the exclusion of any other court in civil cases and matters – 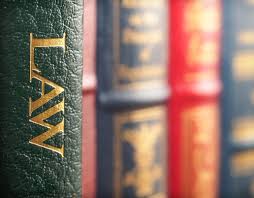 WHO DO WE REFER TO AS AN EMPLOYER?

According to Black’s Law Dictionary (11th Edition), an employer is “a person who controls and directs a worker under an express or implied contract of hire and who pays the worker’s salary or wages.”

However, Section 91 of the Labour Act, defines an employer as “any person who has entered into a contract of employment to employ any other person as a worker either for himself or for the service of any other person, and includes the agent, manager or factor of that first-mentioned person and the personal representatives of a deceased employer”

By virtue of this section of the Labour Act, it is obvious that the Triangular Employment practice is well within the ambit of the Law, as same is clearly included in the definition of who an employer is.

WHO DO WE REFER TO AS AN EMPLOYEE?

On the other hand, an employee is defined in the Black’s Law Dictionary (11th Edition), as “a person who works in the service of another person (the employer) under an express or  implied contract of hire, under which the employer has the right to control the details of work performance.”

Also, according to Section 73 of the Employee Compensation Act, 2010, an employee means “a person employed by an employer under an oral or written contract of employment whether on a continuous, part-time, temporary, apprenticeship or casual basis and includes a domestic servant who is not a member of the family of the employer including any person employed in the Federal, State and Local Governments, and any of the government agencies and in the formal and informal sectors of the economy”.

The Labour Act does not provide a definition for ‘employee’, however, in Section 91, it defines the term ‘worker’ as “any person who has entered into or works under a contract with an employer, whether the contract is for manual labour or clerical work or is expressed or implied or oral or written, and whether it is a contract of service or a contract personally to execute any work or labour”.

WHO IS THE ‘REAL’ EMPLOYER IN TRIANGULAR EMPLOYMENT?

There are different views on who ‘the employer’ is in the triangular employment model. Presently, there are two schools of thought; one is based on the principle of privity of contract and the other is the co-employer principle.

The doctrine of privity of contract is a common law principle which provides that a contract cannot confer rights or impose obligations upon any person who is not a party to the contract.

In the case of John Davids Construction Co. Ltd. v. Riacus Co. Ltd. (2019) 16 NWLR (Pt. 1697) 143 @ page 152 Ratio 5, the Court of Appeal held that “privity of contract means the connection or relationship between two or more contracting parties. The doctrine of privity of contract postulates generally that a contract cannot confer/bestow rights or impose obligations arising under it on any person except parties to it. Put simply, a stranger to a contract cannot gain or be bound by it even if made for his benefit”

Strictly applying the principle of privity of contract, since there is no contract between the contracting agency and the contract staff, it is concluded that the contracting firm is the only employer in the triangular employment model.

Under this school of thought, the employee/contract staff cannot claim against the contracting agency (due to the absence of a contractual relationship). 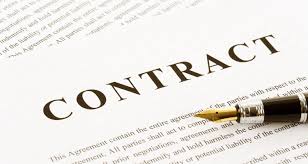 The term “co-employer” or “joint employer” is usually used when it is observed that the outsourcing organization and the contracting agency (even though they are distinct entities) are related e.g. where one is a subsidiary of the other.

Due to the precarious nature of the triangular employment model, there have been several suits in the National Industrial Court of Nigeria which has birthed this perspective.

In the case of Oyewumi Oyetayo v. Zenith Bank Plc. (2012) 29 NLLR (Pt. 84) 370 (NIC), the National Industrial Court held that since Zenith Securities Limited was a subsidiary of Zenith Bank Plc., they were both co-employers of the Claimant.

In the above case, the Court’s reasoning was derived from the Supreme Court case of Union Beverages Ltd. V. Pepsi Cola International Ltd (1994) JELR 44691 (SC), where the court held that “if the companies are to all intent and purposes one, their corporate veil could be pierced and each could be held liable for the action of the other. If one company can be said to be the agent or employee, or tool or simulacrum of another, the two companies would be treated as one”

It is pertinent to state that despite the reasoning of the Supreme Court as seen above, the National Industrial Court (by virtue of the establishing Act) has some leeway to divert from prevailing legislation and case law to consider international best practices; and adopt same in its reasoning in order to reach a just and equitable decision.

Thus, a case in point is that of Mr. Morrison Owupele Inimgba v. Integrated Corporate Services Ltd. & Anor (2015) 57 NLLR (Pt. 195) 268 (NIC); where the 1st Defendant had employed the Claimant and passed him on to the 2nd Defendant (Ecobank Nigeria Plc) to work as a Transaction/Teller Officer. Despite the absence of a contract between the 2nd Defendant and the Claimant, the National Industrial Court held that the Defendants were co-employers of the Claimant. This is because the 1st Defendant’s offer letter specifically stated that the Claimant “will be employed as a transaction officer and seconded to Oceanic International Bank Plc.”

WHAT IS THE STATUS OF THE EMPLOYEE IN TRIANGULAR EMPLOYMENT?

Under the prevailing legislation and case law in Nigeria, an employee only has a relationship with its employer (i.e. the outsourcing organization), and as such, only the employer would be held liable. The only exception is circumstances where the principle of co-employer is applied.

However, going by the aforementioned statutory disposition of the National Industrial Court, it is my opinion that each case would be decided based on its own peculiar facts and would be decided by the application of both law and equity.

LEGAL PROTECTION FOR AN EMPLOYEE IN A TRIANGULAR EMPLOYMENT 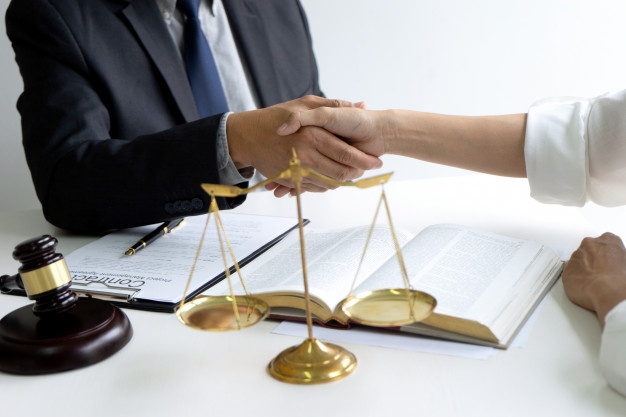 The concept of “deep pocket jurisprudence” is a born out of the principle tort law specifically vicarious liability, which imposes liability on a wrongdoer. In 2014, the Iowa Supreme Court, in Huck v. Wyeth, Inc. (850 N.W.2d 353, 380), called out a plaintiff’s liability theory as “deep-pocket jurisprudence”. In this case, the plaintiff sued the manufacturer of a brand-name drug even though he only took other generic versions of the drug, which were made and sold by entirely different companies. In dismissing the case, the Iowa Supreme Court recognized that the deep pocket jurisprudence is law without principle.

The deep pocket principle is a concept that very often refers to the idea that the liability for an injury/damage suffered should be borne by a person who is relatively in a good ‘financial position’ to bear same. This is achieved by imposing liability on a person/corporation who is usually relatively neutral in the transaction that led to the damage/injury.

In the same vein, it is my opinion that this principle can be applied in a different way under triangular employment, in order to remedy a wrong done to the employee. The principle can be applied in a way that where the employee suffers some injury/damage, the court would in its discretion, depart from the usual principles of law and assign liability to the company with a deeper pocket. In the alternative, the Court could share the liability between the companies, while giving a larger chunk to the one with a deeper pocket.

It is rather sad that the employee in triangular employment is in a very disadvantaged position, and some of the challenges faced by the employee are as follows:

From all the above, it is obvious that the triangular employment model tilts towards an employer favourably as against an employee. Thus, the following are some recommendations to mitigate the problems:

It cannot be denied that the triangular employment has come to stay in the present-day employment landscape. However, it is needful for the decisions of Court and our domestic legislation, to reflect this development and make appropriate/adequate provisions for same.